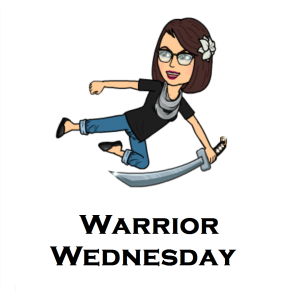 I struggled all day thinking about what to write. This is partly because yesterday was a full day with some distressing moments.

I had a presentation to do in the morning that wasn’t quite finished as sometimes happens with group work projects. My legs were shaking as I read my parts, but I’ve been told I kept my composure. That’s good because the alternative was to give into the jelly feeling in my legs and collapse onto the floor. See how much I love presentations?

In my second class we had to pitch a reality TV show and my group was obsessed with eggs, so I was doubtful anything would come of the discussion, but we pulled it together and presented a decent idea for a show that even the teacher got into. Phew.

I was tired from the night before.

By the time I got home from school, it was 6:45 PM and martial arts was at 8:00 PM. I couldn’t grab a quick bite and leave though. A post in one of the Facebook groups I administer had been flagged. In it, a woman was talking about suicide. Her message was a message and I wondered briefly if she was on something. Then I reported it to Facebook and called 911 in an attempt to get connected to the police in California. When I did get through to California, they couldn’t do anything because I couldn’t get an address for the woman. I ended up having to scour her Facebook for anything I could to see if someone can find her and get her help. I don’t know yet today if my efforts were helpful. The police told me I had done everything I could. I had been diligent. That didn’t make me feel better, but I went to martial arts.

It was the last practice before grading this upcoming weekend. I couldn’t get through the whole thing. I got a headache from not having anything to eat. Sensei said there will be things we all need to fix after grading.

When I got home, I made some nachos and tried to do homework. I didn’t get far. I still had a headache after eating, so I took a shower. It lessened some. I fought through a small assignment and went to bed.

I’m still tired today and worried about the woman as I work on today’s to-do list.

I actually made it to school early this morning, but then I ran into an ex on campus…

I think I fixed up a group assignment. I sent what I had to my partner. Hopefully it’s not bad?

I need to work on my play after I get some other things handled.

I’ve made significant progress on lengthening the straps on my fancy martial arts pants. I’ll have to finish the straps tomorrow before I iron them and pack my things for the weekend.

I’m off to put my laundry in the dryer, hang my gear to dry, and make a late supper.