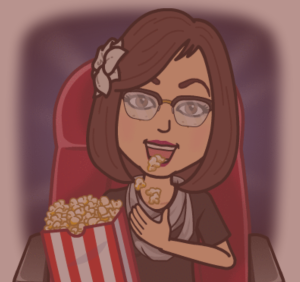 With others like Freddy and Jason, the probability of me being in that situation is low and so I can get both a popcorn feel out of them or find a metaphor that could help me tackle my own real demons. I think my favourite ones are small creature films. Sometimes they’re bloody, but usually we don’t see much of that. Usually there are a lot of silly things that happen. We can yell at the stupidity of the actions the characters take, knowing full well that were we in that situation we might also do dumb things and get ourselves killed. But they’re all very much not real. If leprechauns are real, they haven’t been proven to the wider world. Just like Bigfoot. It’s entirely possible if we evolved from apes that there could be multiple stages of human evolution on the planet at once. For some reason that scares people. Maybe because we like to think we are so far removed from being savage beasts despite how often we kill others who are different. Even the most supposedly tolerant people outright reject things that go against their beliefs despite factual evidence.

On the weekend I explored some oldies like Puppet Master as I got much of the collection for very little some time ago. They’re OK. Mostly I feel like there’s something missing. When you watch Leprechaun or Gremlins you get a clear idea of the rules of engagement. You know water is a bad idea. You know a four-leaf clover could be critical to your survival. With Puppet Master, he just seems rather like a psycho that can only be stopped by his wife. Now, there’s more to it probably. The last one I watched involved him putting himself into a giant puppet body rather than another human. He tried so hard to keep his wife with him and she screwed him over. I guess that could be deep. He didn’t seem to ask her what she wanted and treated all his minions like crap, so it’s no surprise his plans didn’t exactly work out.

I wonder if they were as shocking then as Saw was when it first came out. There was a post on a Facebook page I follow asking people what movie most disapointed them and one person said Citizen Kane. It wasn’t that they had read the book and felt the adaptation was horrible, but they didn’t get why the movie was important. It’s an integral part of cinematic history. Perhaps only those interested in film making care to know about it though.

I was watching Puppet Master and then I found out about George Romero. Immediately there were jokes about him becoming one of the living dead and not really being gone because his fans don’t want to believe it. I haven’t seen Night of the Living Dead, but perhaps that’s what I’ll watch today as I puppysit a pug for a friend. I’ve seen some of his other work. I think I saw Creepshow, but maybe it was Tales from the Crypt or something else that had a guy that was buried alive. I’m not thinking of the one where it was on purpose, but one where his vitals were so low he seemed dead and he was basically locked inside himself. The only thing he could do was cry. That stuck in my mind, but it doesn’t matter. I’ve definitely seen The Silence of the Lambs and I own The Dark Half.

The Silence of the Lambs was a phenomenal movie. Lines are regularly quoted from it today. Even people who don’t typically watch horror, know of it. I don’t know how close it resembles its source novel, but I do know it was a great film.

And you might expect that I wouldn’t like it given that I didn’t like Saw, but I don’t think the Silence of the Lambs was ever made to shock people. It focused on telling a story first. It told a story without shying away from the horrific bits, but also without amplifying them to a ridiculous level. The story focused more on the people solving the crimes and less on showing the victims being forced to do things like remove their own limbs or jump into a pit of used needles.

It really sucks that George Romero is gone. In truth, other than Walking Dead, I’ve never been much for zombie stuff. That’s another series that focuses more on the people rather than the monsters. In some older films, we rarely saw the monster and I know that was partly due to budget and technology limitations, but it said something else too. The monster we don’t know is far scarier than the one we do. We don’t know how to fight the unknown.

Knowing is the first step to handling anything.

I’m off to look after a doggo.