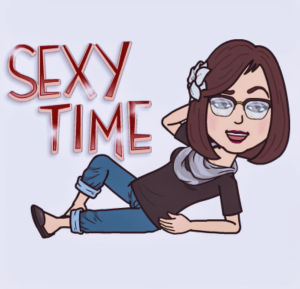 Have you ever done it?

A lot of people are scared to try it. Some don’t know what it is.

I like to think of it as engaging in a written fantasy with another person.

They’re not physically in the room with you, but they are telling you what they would do if they were.

It’s quite likely things would play out differently were they actually there, but it can help you learn what a new partner is interested in before you go there with them. Think of it like practicing a speech in front of a mirror or playing through a scenario in your head, only you’re doing it with the other person.

And hey, no worries about STIs or accidental pregnancy.

Hope your weekend is steamy 😉